Gogi (고기) means “meat” in Korean and that was what took centre stage at The Gogi, a Korean BBQ restaurant on the third floor of Alexandra Central Mall, a relatively new mall that sits right next to IKEA Alexandra. It’s difficult to miss as it stands out with its uniquely curved design! 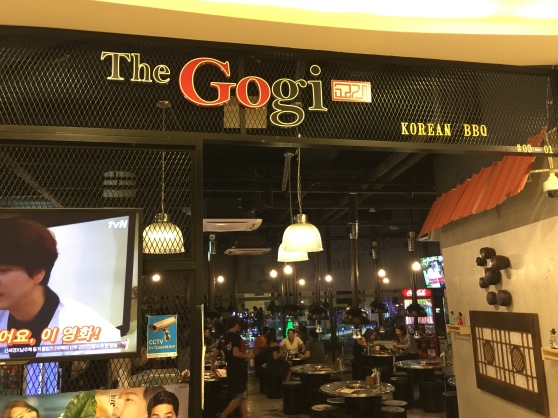 When you’re at the entrance of the restaurant, you’ll notice that the interior has striking similarities to those in Korea. Suction vents stretching down from the ceiling to the BBQ grill, small round tables with round seats that have removable tops which allows the storage of belongings, and of course the friendly “안녕하세요” (Annyeonghasaeyo) from the staff!

We were shown to our table by the friendly lady boss, who promptly laid down 5 menus for us. Within minutes, the banchan (반찬), or side dishes, came. Mung bean sprouts with lettuce, fishcakes, kimchi, pickled radish, and a marinated cold tofu. The variety was quite limited, but they were indeed very enjoyable.

The grill is a combination of charcoal and a gas burner – the gas burner starts the fire which in turn lights up the charcoal till it’s red-hot and ready for the grill plate.

The grill consists of 4 wells, two short ones for garlic, and the longer ones for beaten egg.

For Korean BBQ, you have a choice of 6 sets (A – E) or the a la carte menu. We chose Set D (S$119) which consisted of Sirloin, Prime Ribs, Marinated Beef, Seasoned Pork, and a choice of either Kimchi Jjigae OR Doenjang Jjigae. For the Kimchi Jjigae we added ramen for an additional cost of approximately $5. It was a warm, hearty, and spicy dish – satisfaction in a pot. 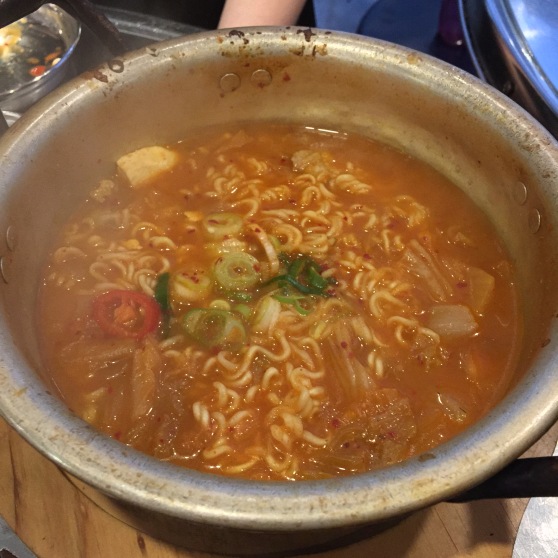 Kimchi Jjigae with and added side of ramen in it.

How can anyone forget Kimchi Pancake? This restaurant serves one that is thick but still retains its crispy exterior. Did I mention it is Kimchi Pancake with Pork? Truly delectable and flavoursome. The dipping sauce had vinegar in it but it was not intrusive, well-balanced with soy sauce and the aroma of sesame oil. 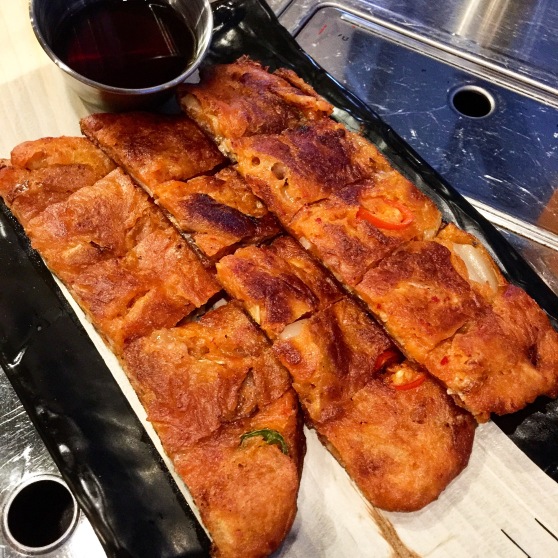 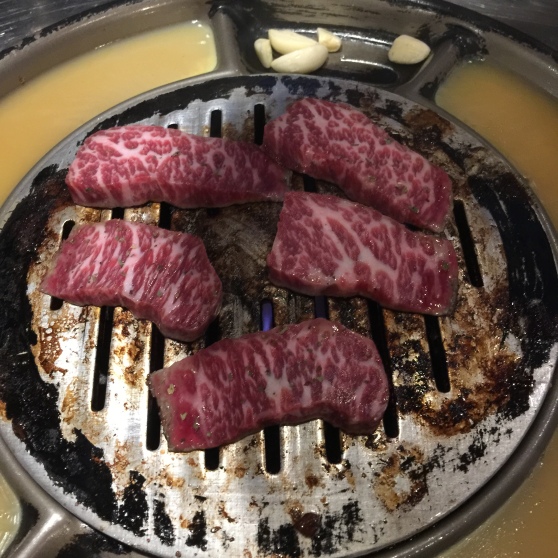 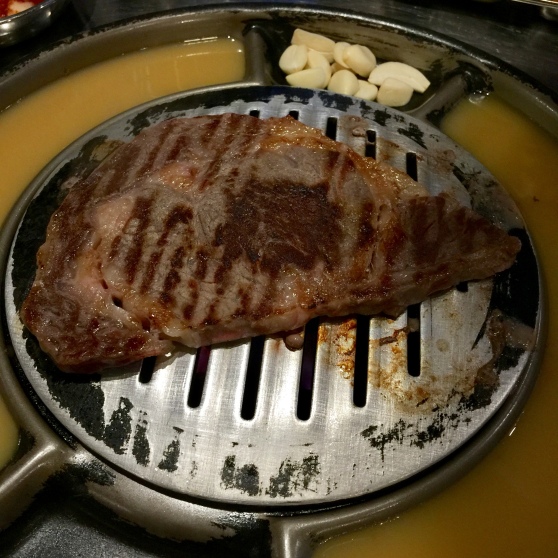 If you’re done with furniture shopping at IKEA, or hungry after a couple of hours at Queensway Shopping Centre, head over to The Gogi at Alexandra Central Mall for an overdose of meat and a few drinks!

The mall is next to IKEA Alexandra and diagonally opposite Anchorpoint.

29
✞🎹🍽🇸🇬
Satisfying my tummy one dish at a time.